Very funny, though unfortunately fake. Thanks to InstaPundit for the pointer. [...]

I learned today on Twitter that Orin’s one-page article, A Theory of Law was cited in its first judicial opinion. Given what the article says (go ahead, read it, I’ll wait), I was rather surprised to hear this, so I went and read the citing passage:

Both claims also allege conspiracy to commit negligence. See Compl. ¶¶ 127, 141. This is a logical impossibility and borders on the incoherent. Because civil conspiracy requires a deliberate—i.e. intentional—agreement to accomplish a particular end, see Hoffman v. Stamper, 867 A.2d 276, 291 (Md.2005), whereas negligence requires unintentional conduct, see, e.g ., Restatement of Torts (Second) § 282 cmt. d (negligence “excludes conduct which creates liability because of the actor’s intention to invade a legally protected interest), one cannot conspire to be negligent. Cf. Orin S. Kerr, A Theory of Law, 16 Green Bag 2d 111 (2012) (observing, albeit tongue in cheek, that some propositions are so obvious that they have never been expressly stated).

What really amuses me about this is that Orin’s article was cited for the proposition that “some propositions are so obvious that they have never been expressly stated,” but the proposition that the district court was talking about (“one cannot conspire to be negligent”) has in fact been stated — repeatedly!

From Smosh — very funny. Thanks to Opposing Views for the pointer. [...]

In a week filled with news of threats of nuclear war from North Korea, the death of Latin American tyrants, scary assertions of executive power to execute Americans without due process, not to mention highly impertinent questions asked of prominent law professors, here is some lighter news–my son at four months with his evil twin. In response to my recent article, A Theory of Law, the editors of the The Green Bag have posted contributions its micro-symposium about my essay: Micro-Symposium on Orin Kerr’s ‘A Theory of Law’. [...]

For the first, see Washington v. Alaiimo. For the second, see State v. Law. For the latest, see this quote from champion boxer Juan Manuel Marquez, as reported in BoxingScene.com (though I admit that this likely won’t get to court):

[Trainer Freddie] Roach told me if I would would come out clean in the anti-doping tests, he would kiss my ass. The Nevada Commission has announced that both Pacquiao and I were negative for doping. That means Roach has to kiss my ass, and then some. He openly said that I had doped, and now he has to pay the consequences.

Rob Green (Abnormal Use) explains why a court would not indeed order Roach to kiss Marquez’s ass. [...]

Now there is only a politician called “Dances with Relative Abandon.” [...]

I thought raw chicken could fly. (If you don’t get the allusion, click on this You Tube link). [...]

A Taiwanese animated look at last night’s debate (thanks to Sarah Hoyt, guest-blogging at InstaPundit, for the pointer). 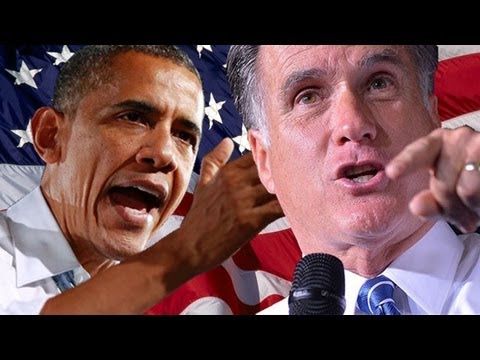 As some of you know, I have sporadically done semi-humorous and often factual Supreme Court Term-end wrap-ups.  The fifth installment in this eminently deletable series is now available at the Green Bag.  This is the first I’ve done with a co-author, which may help explain why it’s being published before late September.

Because electrons are cheap, and because I know that for many, the void in your life is too big to be filled by a 5,000-word article, we are also making available online the “extended dance remix” version of the article, also known as the “unedited,” “bloated,” or “needlessly self-indulgent” version.  So here, for whatever meager enjoyment you might wring from them, are both versions: regular, and the Baconator.

Oh, and before I get tons of complaints about “Michael Phelps (2012),” that’s intended to be ironic.  His performance, like the opinion in FCC v. Fox, is safely characterized as “a big deal.” [...]

Norway is now planning to separate the Protestant Lutheran Church from the government. I am serenely indifferent to this fact.

I [am] devastated, utterly gutted, however, that the news coverage of this event did not include any mention of the politicians who opposed the step. My God, just think of it:

MPs Olaf Lundteigen, Christina Ramsøy, and Kjersti Toppe, all of the Centre Party, voted against the bill. ‘The Lutheran Church should always remain part of the Norwegian state,’ Ms Toppe said antidisestablishmentarianistically.

ALBANY — Mayor Michael R. Bloomberg said on Monday that he would support a proposal by Gov. Andrew M. Cuomo to significantly curb the number of people who could be arrested for marijuana possession as a result of police stops.

Just don’t get caught with the weed AND A 24 OUNCE COKE!

Despite my pre-oral argument warning that Lochner v. New York really has nothing to do with the constitutionality of the individual mandate, Lochner has consistently arisen. Most prominently, of course, the President mentioned Lochner (and in a dubious context), but only after the Solicitor General raised it at oral argument, CJ Roberts parried, and Justice Sotomayer raised it again, not especially coherently.

Surveying some of the post-oral argument Lochner-related commentary, I hereby present The Lochner Awards in various categories noted below:

Weirdest and most conspiratorial use of Lochner
Breitbart.com “In continuing his attack on the Supreme Court on Tuesday, President Barack Obama made a mistaken reference to the Lochner decision–an error that suggests just how deeply Derrick Bell affected his thinking about the Court and the Constitution.”

Spookiest Lochner reference
Jamin Raskin, Huffington Post “The ghost of Lochner is alive and well on the Roberts Court” (someone call Bill Murray!)

Smelliest use of Lochner
Daily Kos: “the stench of Lochner and Dagenhart will cause SCOTUS to uphold the law”

Most “challenging” reference to Lochner
Attorney Bryan Caskey: “So if you come across anyone who tries to tell you that holding the ACA to be unconstitutional will be a revival of Lochner, ask them if they can explain the holding.”

Most Honest use of Lochner
Jonathan Cohn, New Republic: “But I’m pretty sure both Obama and his administration’s lawyer were saying something different, and broader, when they invoked Lochner: By invalidating the Affordable Care Act, the Supreme Court would be resurrecting a vision of constitutionally limited government that, quite rightly, went out of fashion a long time ago.” (Constitutionally limited government! The very idea is preposterous!)

Most Puzzled reference to Lochner
DailyGreg blog: “Lochner? Who the hell is Lochner?”