The Wall Street Journal has an entertaining article on the front page (Justin Lahart, Jan. 2, 2010), recounting tales of economists as hard bargainers and, well, cheapskates.  The article opens noting that the annual professional meetings occur the week after New Year, when hotel costs are generally low, and this year are taking place in Atlanta:

Academic economists gather in Atlanta this weekend for their annual meetings, always held the first weekend after New Year’s Day. That’s not only because it coincides with holidays at most universities. A post-holiday lull in business travel also puts hotel rates near the lowest point of the year.

The economists make cities bid against each other to hold their convention, and don’t care so much about beaches, golf courses or other frills. It’s like buying a car, explains the American Economic Association’s secretary-treasurer, John Siegfried, an economist at Vanderbilt University.

The rest of the article has entertaining stories of people like Keynes and Milton Friedman.  But let me stick with professional conferences.  We law professors are also holding professional conventions this week, as are many other academic groups, such as the MLA.  Price is part of the timing; so is, as the article notes, the general agreement to schedule academic calendars across the country’s institutions in order to hold the professional meetings before classes resume.

Update: I didn’t realize that this economics conference is also a job market and not just professional confab – definitely changes the picture.  Here is an interesting comment, pulled up from below:

As someone pretty close to the economics AEA meetings, I think the article misses the point about these meetings: they aren’t in fancy places because a huge swath of attendees are graduate students doing job market interviews. These students basically have 0 willingness to pay for beaches or casinos at this point. Economics conferences are often held in really expensive and fancy places, but the winter meetings are different. Maybe I’m overestimating the importance of this factor, but it seems at least worth mentioning.

But we law professors hold our meetings in places like San Diego and, this year, New Orleans.  What does this say about us, compared to the economists?  More interested in rent-seeking than being good agents on behalf of our institutional principals?  More efficient rent-seeking public-choicers than the economists (I mean ‘rent-seeking’ here in the sense of, we won’t come if you hold it in Minneapolis in January, so …)?  We care more about golf and beaches?  We’re better at golfing and surfing and, in New Orleans, eating?  Our meetings are more boring to attend, so we need better venues to attract conference-goers?  Our attendees are so dedicated to their conference sessions, it doesn’t matter whether they’re held in San Diego or Moose Jaw (in winter and summer, below fold)? 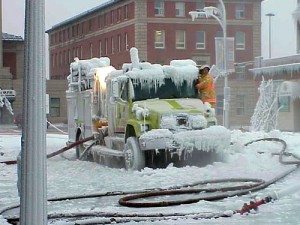 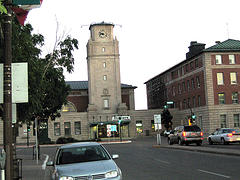 Moose Jaw in summer is quite lovely, by the way, and not just as places in Saskatchewan go.  I’m not going to the AALS meetings – I’ve almost never gone.  I’m not sure why, come to think of it.  It’s paid for by the school and the cities are often great places to go.  (This year I have a conflicting Hoover meeting in Palo Alto, and those task force meetings are always great.) But, sad truth be told, I also think it’s because I’m a rampant egotist beneath the tranquil academic exterior, and it’s hard for me to go to a conference where … I’m not on the program.  This is embarrassing to admit, but, if I’m honest, it’s hard for me to sit through a meeting where I’m not doing the talking or some chunk of it.  But am I truly alone in that – be honest – it must be part of the reason why conferences today feature so many talkers on panels (besides the fact that traditional academic papers have to be read to be understood, not read aloud)?  Plus, as Steve Bainbridge commented on his blog, most of the intellectual action in law these days takes place in more specialized venues.

(PS.  I haven’t participated in any conference venue negotiations, but I’d be easily open to persuasion that major conference cities do price weather and season, not just to say, bad weather=cheaper rates, but also running the other way: Bad weather=fewer conferences in off-season=not geared up for major conferences in places like Minneapolis in winter except at higher effective prices=New Orleans or San Diego have better weather and more cost effective at the same time, with golf and beach merely marginal bonuses or loss-leaders.)