I like the new layout: It provides the info I’m likely to be interested in right up front, such as recent opinions and the argument calendar. Dropping the “us” from the URL makes sense, too, given that Congress has senate.gov and house.gov rather than senateus.gov and houseus.gov. (I suppose it’s also consistent with DOJ’s move from usdoj.gov to justice.gov.) I suppose the switch causes some short-term headaches, but presumably those headaches would be bigger if the Court had waited to switch until some time in the future.

SUPREME COURT TRIVIA UPDATE: The new website has rotating pictures of the Supreme Court building on the homepage. Most of the places photographed are easily recognized, except for one. Which brings me to the trivia question: Where was this picture taken? 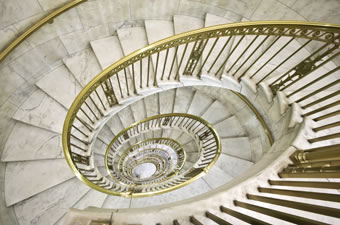