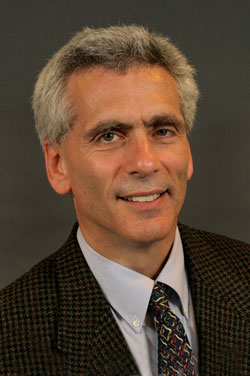 Jared Bernstein, chief economist for Vice President Joseph Biden, served in 2008 as an economic adviser to the Obama campaign. At the same time, he was a member of JournoList, the controversial progressive email list.

Bernstein’s bio at Politico, which appears not to have been updated since 2008, states: “He is an economic adviser to the Obama campaign.”

He was known to many for his regular appearances on the financial channel CNBC. His primary employer in 2008 was the Economic Policy Institute, a pro-labor progressive think tank, but according to his bio when appointed to the Obama-Biden Administration, he also was a member of the Panel of Economic Advisers of the Congressional Budget Office.

Reached today at the Office of the Vice President, Bernstein revealed that his position with the Obama campaign was as something called a “surrogate.” “I was not paid by the campaign,” he explained. “They would call me from time to time to represent their positions, that side of the debate.”

Asked when he left JournoList, Bernstein replied, ‘‘I think I left the list around the time I came here.” Bernstein was announced as Chief Economist and Economic Policy Adviser to the Vice President-elect on December 8, 2008.

One question that has arisen in the last week is how closely JournoList members, not only discussed how to shape the news to advance the fortunes of Barack Obama, but coordinated with the Obama campaign. Jared Bernstein’s position as an unpaid adviser and surrogate shows that there was at least one direct link between JournoList and the Obama campaign.

Bernstein’s serving on the Economic Advisory Panel of the CBO is less worrisome, though it appears to violate Ezra Klein’s first rule for JournoList:

At the beginning, I set two rules for the membership. The first was the easy one: No one who worked for the government in any capacity could join.

It would appear that Bernstein’s presence on the list violated Klein’s first rule, since he met the test of working “for the government in any capacity.”

Yet note Klein’s careful wording here. People who worked for the government in any capacity couldn’t join, but could they stay on the list if they took a government job after joining?

Were there other campaign advisers or part-time government officials who participated on JournoList?

UPDATE: Here is an example of Bernstein’s humorous political writing at the Huffington Post.

2D UPDATE: I have an anonymous source who has shown me an email thread that appears to be from JournoList. From his search of the JournoList archives, he believes that Bernstein’s last direct email to the list was on December 5, 2008, a charming farewell sent 3 days before he was introduced as Biden’s chief economist. Indeed, months later there were several emails to the list from members who wondered how to contact Bernstein.

I hope to have a lot more in the next few days.

Latest JournoList Revelations: Attacks on Palin
May Child’s Grandfather Adopt the Child, While the Child’s Mother Retains Her Parental Rights?