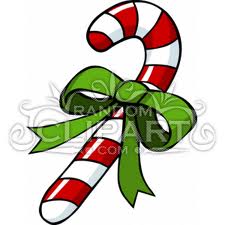 Santa Claus showed up at the end of the Children’s Mass at our parish church tonight (ably aided by Tod Lindberg).  Santa (let it be noted for the official record) pronounced Your Correspondent “Nice” and presented him with a candy-cane.  I’m not Catholic, and so am not schooled in the deep matters of Catholic theology.  However, I was curious as to the arrival of what I presumed to be a pagan demi-god at Mass, and indeed coming up to the altar – and, as I recall a couple of years ago, processing out with the priest.

Your Faithful Correspondent made inquiries as to the theology of all this.  At some (many?) Protestant services – I imagine this would be true of the Mormons, for example – the arrival of Santa in the liturgy of the service might be considered a nod toward paganism, at least (responding to Matt’s comment below) insofar as it happened in the course of the religious service itself.  It was pointed out to me that, for Catholics, however, Saint Nicholas is a saint.  True, the connection between the historical St. Nicholas and Santa Claus is a bit hazy; but My Religious Informant thought it close enough for a children’s Christmas Mass in which part of the purpose is religious instruction as to the importance of saints.  For St. Nicholas to process out with the priest, red suit and all – I do not, of course, speak for the Church – is apparently within bounds of the liturgically and even theologically acceptable.

(Added:  To be clear, My Religious Informant did not think this was an example of syncretism – of a kind that has always been true of Catholicism and thought to be an important mechanism for bringing people to the faith – but instead was directly an affirmation of its own saint.)

And, just to reiterate in case it was not ultra-clear, Your Correspondent falls on the “Nice” side of the “Naughty-Nice” divide.  And so, “Happy Christmas to all, and to all a good night!”