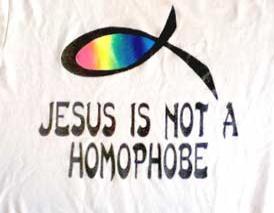 I blogged last month about the school district’s refusal to allow the shirt; “the message communicated by the student’s T-shirt,” the district argued, “was sexual in nature and therefore indecent and inappropriate in a school setting.” The student sued on First Amendment grounds, and Lambda Legal reports that the district has settled; here are the key terms:

4. Defendants are ordered to pay damages and costs, including reasonable attorneys’ fees, in the amount of $20,000 to Plaintiff on or before July 5, 2012.

Thanks to my coblogger Jonathan Adler for the pointer.