“you create an unbearable moral violence which is a danger to our children.” So said lawyer Thierry Massis, apparently in support of a French court decision to ban this ad: 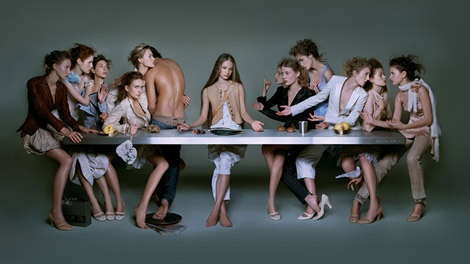 According to the BBC, the complaint was brought by the Catholic Church; the judge agreed, concluding that the ad was “a gratuitous and aggressive act of intrusion on people’s innermost beliefs.” “The authorities in the Italian city of Milan [also] banned the poster last month.”

Thanks to commenter zuch for the pointer.

UPDATE: While I usually check the date lines in stories that people send me, I failed in this instance — it’s a 2005 story, and it turns out the French court decision was later reversed by an appellate court. I couldn’t see any stories about whether the Milan decision had also been reversed. It’s still an interesting incident, but sorry for the error, and thanks to commenter PrometheeFeu for the correction!