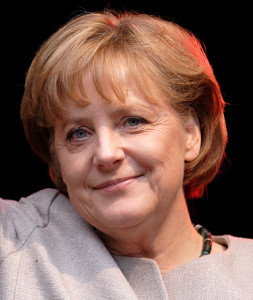 I contributed a short piece today to the New York Times on the latest Snowden-generated flap over allegations that NSA targeted Angela Merkel’s mobile phone.  Excerpts:

To play the role it has played in the world for the last 70 years, the United States must be able to gather intelligence anywhere in the world with little or no notice. We never know where the next crisis will erupt, where the next unhappy surprise is coming from. It’s the intelligence community’s job to respond to today’s crises, but its agencies live in a world where intelligence operations take years to yield success. That makes it a little hard – and very dangerous — to create “intelligence-free zones.”

…Even the countries we usually see as friends sometimes take actions that quite deliberately harm the United States and its interests. Ten years ago, when the U.S. went to war with Iraq, France and Germany were not our allies. They were not even neutral. They actively worked with Russia and China to thwart the U.S. military’s mission. Could they act against U.S. interests again in the future – in trade or climate change negotiations, in Syria, Libya or Iran?

…That’s just life and international politics. As German Chancellor Angela Merkel too knows quite well. She visited China right after public disclosures that the Chinese had penetrated her computer network, yet she managed to be “all smiles” while praising relations between the two countries as “open and constructive.”

…The United States can’t stop gathering intelligence without running the risk of terrible surprises. So it won’t.

Note:  I welcome comments and may publish some of them as updates, with your name unless you ask me to leave it out. Send them to vc.comments@gmail.com.

UPDATE:  One commenter takes issue with the core of the piece:

It is clear that France and Germany publicly and aggressively opposed intervention at the UN, but, to the best of my knowledge, they did not, for instance, provide material help to Saddam Hussein or any of the post-Saddam militias that were attacking our troops.    Moreover, their rhetoric was one of an ally trying to protect another ally from a foolish decision and they worked through an international body to make their opposition known.  To the extent we are trying to justify espionage against them, I do not think their conduct at the United Nations is a good example.  Indeed, espionage for the purpose of interfering with their right to assert their opinion at the UN action is considerably less defensible that espionage for the purpose of protecting our military.  I realize the line may not always be clear (e.g. Russia both protecting Syria at the UN and selling arms to them), but in this particular instance I think the distinction between principled opposition to the tactic and legality of intervention and “working to thwart the U.S. military’s mission” once the mission has been undertaken is pretty clear (unless there is something in particular you have in mind beyond leading UN opposition to the intervention)

I understand the view, which I think is probably highly influenced by the discrediting of the Iraq war.  At the time, though, we were about to send troops into harm’s way, and the relationship with Germany was deeply strained and mistrustful.  Germany’s Justice Minister had compared the Bush advocacy of military action in Iraq to Hitler’s political strategy. Here’s a report by Ben Weinthal at the National Review about Schroeder a few years ago that may give a feel for how bad things were:

Schröder is well-versed in political Volksnähe, which means he has a populist touch that can connect with a kind of groupthink mentality shared by many Germans — in this case, a mentality of radical German pacifism and anti-Americanism. His Social Democratic party’s come-from-behind victory in 2002 has been attributed to Schröder’s aggressive anti-American campaign. As Malte Lehming put it in the Wall Street Journal, “They saved themselves with thunderous anti–Iraq war propaganda, playing upon strong anti-American resentments.”

The contrast between Bush and Schröder in terms of democracy promotion could not be starker. Bush advocates a “freedom agenda” for anti-democratic countries; Schröder has aligned himself with Vladimir Putin, whom he terms a “flawless democrat,” and last year intensely courted Mahmoud Ahmadinejad in an effort to advance German-Iranian trade.

In light of Schröder’s cheerleading for anti-Western forces and Russian gas interests, the late Democratic congressman and Holocaust survivor Tom Lantos once called him a “political prostitute.” That might be a sentiment on which Bush and Lantos could reach a bipartisan agreement.

With this background, would the United States have reason to fear that Schroeder might go beyond UN advocacy and use other techniques to try to stop the war — withholding German technology and spare parts from the U.S. military, say, or trying to do a separate deal with Saddam Hussein?  Those are exactly the kinds of questions that the intelligence community is asked every day.

Voting With Your Feet Works for the Poor, Too
Some Upcoming Talks on Democracy and Political Ignorance