The Administration has set a goal in its effort to fix the troubled Obamacare website, healthcare.gov. By November 30, according to the Washington Post, the government’s goal is that 80% of users will be able to buy healthcare policies online. The 80% target moves the goalposts back from the President’s more confident statement earlier this month: “By the end of this month, we anticipate that it is going to be working the way it is supposed to.” 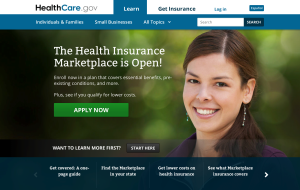 But it is a concrete, measurable goal.

Unfortunately, everyone involved in that measurement, from the contractors to HHS to the White House, has a strong interest in reporting success. And a track record of handling data in a way that masks failure. The administration refused to provide any numbers about enrollments for more than a month and then released numbers that mix actual enrollments with a consumer’s decision to simply put a plan in an online “shopping cart.”

You don’t have to be very cynical to think that we’ll only hear about enrollment statistics on November 30 if the 80% goal is met, or can be spun.

Which leads me to the point of this post: We don’t actually have to wait for the administration to release the numbers. Because the government has chosen a target that can be measured by the public.

All we need is for a large enough group of consumers to go through the enrollment process on November 30  and report whether they succeeded or failed in choosing a plan and getting it into their shopping cart. Call it crowd auditing, or crowditing for short. In fact, done right, it’s a better measure of success or failure than anything accessible to site administrators.  And it will be available in something close to real time.

There are obviously some problems with crowditing in such a politically charged atmosphere. Participants will be tempted to game the system, claiming failure or success without actually using the site. But it seems to me that many of those problems can be overcome by requiring participants to use real identities and to take screenshots when they start and periodically as they move through the process, sending these shots (and one demonstrating their final successful or unsuccessful effort to put a fully evaluated plan in their shopping cart) to a central site for verification and tabulation. I’m sure there are reputable news organizations that would provide some neutral oversight to the tabulation process, and I’m guessing that they’d spotcheck the participants by calling some of them, if only to get local color and quotes.

This is a little outside my usual beat, and there may be problems with implementation that I can’t foresee.  So I’m opening comments for evaluations of whether this is feasible, how to prevent abuse, and most importantly for volunteers. If we’re going to organize this, we’ll have to work fast, since November 30 is only six days away.

If you want to volunteer services, funding, or web design/software/technology help, or you want to make a comment that remains confidential, please send your message to vc.comments@gmail.com.   If this works out, we’ll likely want to work closely with, and perhaps give an exclusive to, the news outlets that are most helpful in pulling the effort together (h/t Glenn Greenwald), so news outlets interested in helping should also send a message to the same account.

Ending the Filibuster — A View from the Bench
Letter from NASA