Laws that ban so-called “assault weapons” often define them with reference to various features, such as a rifle’s having a bayonet mount or “a pistol grip that protrudes conspicuously beneath the action of the weapon” (to quote the New York assault weapon ban upheld by N.Y. State Rifle & Pistol Ass’n v. Cuomo (W.D.N.Y. Dec. 31, 2013)). One reason given for focusing on rifles with such pistol grips is that, in the words of the court, this “feature[] aid shooters when ‘spray firing’ from the hip.”

I’m not an expert on firearms tactics, but I’m very skeptical of this. Here is what I understand to be the sensible way of using such a pistol grip (whether you’re a law-abiding citizen or a criminal): 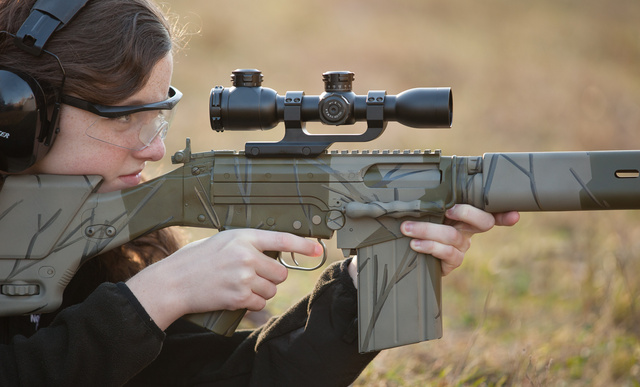 You’re holding on to the pistol grip with the same hand that’s ready to pull the trigger, but you’re aiming: you’re looking down the barrel of the rifle, because you want to hit what you’re shooting at.

Now here is what I understand to be — more or less — people’s image of “‘spray firing’ from the hip”: 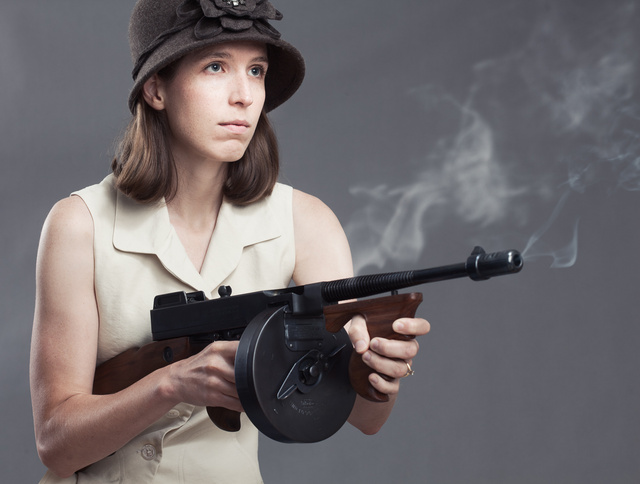 The trouble is that, because you’re not actually sighting down the barrel of the gun, you’re going to be extremely inaccurate (unless you’re Raylan Givens). And while such lack of accuracy may matter less if you’re shooting a fully automatic (not that I recommend shooting this way even with a fully automatic), it will make your shooting much less effective if you’re shooting a semi-automatic — again, whether you’re a law-abiding citizen or a criminal.

People “spray firing” a semi-automatic from the hip are thus making themselves less dangerous to the people they’re shooting at (compared to normal firing when one is actually sighting down the barrel). Nor are they making it easier to fire a lot of rounds quickly; one can fire just as quickly in the normal shooting position as when firing from the hip. (To be sure, one can fire more quickly if one doesn’t care to aim before each shot, but that’s true from any position.)

Another way of thinking about this is to consider a pistol — an ordinary handgun. Those pistols, unsurprisingly, have pistol grips. But only someone who is either extraordinarily skillful or pretty stupid would want to try to “spray fir[e]” a pistol from the hip. Instead, people who shoot pistols raise them up to eye level, so that they can actually aim by looking down the barrel. There’s a reason that the expression “shoot from the hip” tends to refer to actions that are less effective because they are less deliberate.

Now maybe I’m missing something significant here; if so, please do let me know. But as best I can tell, the concern that pistol-grip semiautomatic rifles are somehow more dangerous because they facilitate “‘spray firing’ from the hip” strikes me as a red herring. If you could wave a magic wand that makes all criminals shoot semiautomatics from the hip rather than from eye level, you’d probably save lives. (To be sure, to the extent the pistol grip makes it easier to fire a rifle accurately when one holds it to one’s shoulder, it can help criminals fire accurately, but it equally helps law-abiding citizens fire accurately, and in any event [1] this has nothing to do with firing from the hip and [2] the difference in accuracy, I think, is quite low at normal criminal attack distances.)

Thanks to Oleg Volk for permission to use the photos.

George Will on Ilya’s New Book
Brain dead is dead