I’ve made a New Year’s resolution to blog more, and I guess one way to begin is with an article from the Washington Post by Julie Zaumer, dating back to July 2013, and the remarkable escape a young woman made when her car went off the Chesapeake Bay Bridge, into the river 27 feet below: “How to flee a car that’s underwater.”

On Friday night, Morgan Lake lived through many drivers’ nightmare: She found herself plummeting about 27 feet off the edge of the Chesapeake Bay Bridge into the water below. And the 22-year-old student managed a feat that pilots and military personnel take hours of specialized training to perfect: She escaped from her sinking car, swam to safety and survived. Ken Burton, president of Panama City, Fla.-based Stark Survival, has guided helicopter operators worldwide through his $2,295 underwater-egress class. Lake had no practice in the art of escaping from a vehicle, Burton said, but she got lucky.

The article gives bullet points for how to escape the sinking car … first point is get a window open as fast as possible, because the outside pressure of the water will make it very difficult to get a window or door open once you’re sinking. Popular Mechanics also has instructions; as John Galvin’s how-to article (following the May 2013 I-5 bridge collapse in Washington state) makes soberingly clear, you’ll very likely need some luck. Actually, lots and lots and lots of luck.

This isn’t some intricate metaphor about 2014, I should add; it’s just something I wanted to mention back when it happened last July but didn’t get to.   Still, news you can use any time!

There are a number of topics I plan to take up in 2014 here at Volokh Conspiracy – my usual run of international law and national security issues; South Sudan and conflicts in Africa’s Rift Valley; Guatemala; global governance after hegemony; automation and robotics technology and their regulation; the law and ethics of highly automated or autonomous weapon systems; some current issues in mental health, as well as some comparisons of human and machine cognitive models; the ‘New New Class’; the parlous state of higher ed; online education in higher ed and legal education; and the good and not-so-good of the humanities as intellectual disciplines.  Some discussion about pedagogy for my law classes (business and international business law).  Maybe I’ll take a moment to explain why I don’t open my posts to comments, though I don’t exactly expect to convince the regular VC commenting community.  I might return to ‘Sundays With Stendhal’.  And Aztecs.  Definitely more Aztecs: 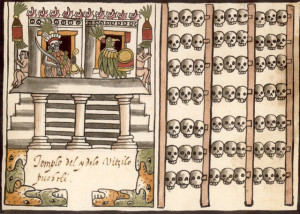