A man who created a Facebook page poking fun at a revered Greek Orthodox monk has been sentenced to 10 months in prison in Greece after being found guilty of blasphemy…. Filippos Loizos, 28, … used a play on words to portray Father Paisios as a traditional pasta-based dish [pastitsio -EV] ….

Father Paisios, who was revered for his spiritual teachings and was said by some believers to have powers of prophecy, died in 1994.

Loizos had appealed against the ruling and would not be jailed before his case was heard by a higher court, Kleftodimos said. 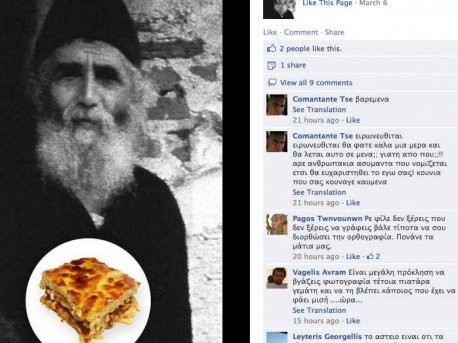 A reminder that blasphemy prosecutions are, unfortunately, not entirely a thing of the past in Europe. Thanks to Bill Poser for the pointer.