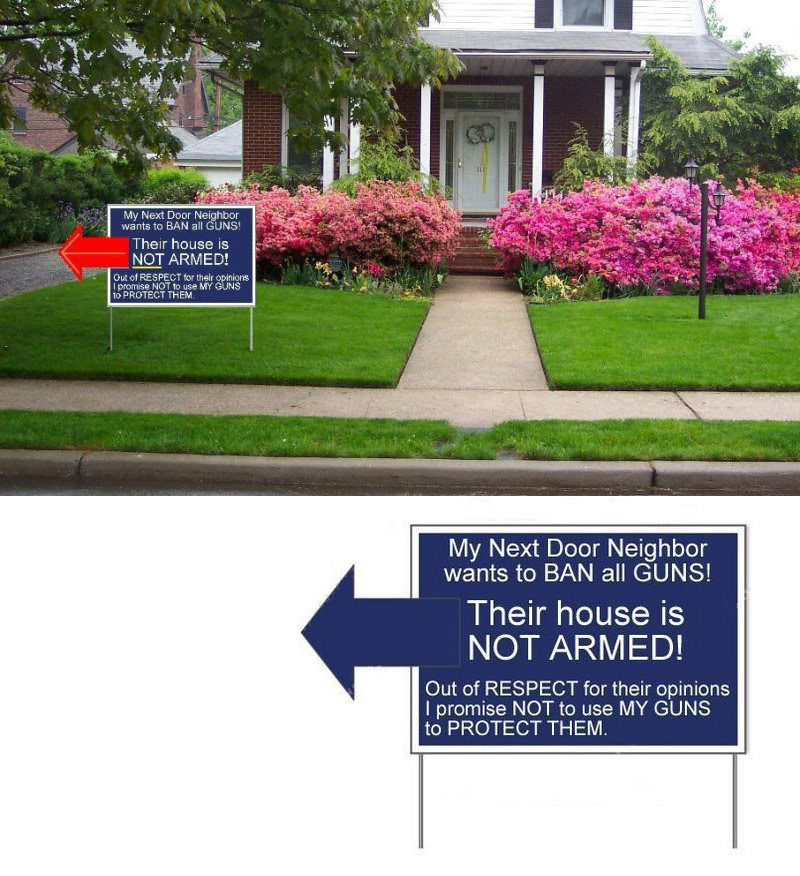 Thanks to John Burgess for the pointer.

UPDATE: Just to make this clear, it seems to me extremely unlikely that this is an actual permanent sign — I assume it’s either a Photoshop or a temporary sign put up just for the photograph. If this was a real sign, it would likely be pretty unneighborly and thus much less funny. (I say “likely” rather than “certainly” because one can imagine unneighborliness on the other guy’s part that might be adequate to justify such a response, or for that matter cheerful acceptance of the sign by the other guy as part of the neighbors’ continued good-humored debate on the subject; but that’s all highly hypothetical since, as I said, I doubt that there was actually such a real sign.) The humor is in the idea of the sign, not in the actual execution of such a sign.

Same-Sex Marriages, the Spousal Privilege Not To Testify, and Iowa vs. Federal Law
Unsolicited Nice Words About My Academic Legal Writing