By Kenneth Anderson on November 21, 2010 10:21 pm in Afghanistan, Uncategorized, War and Armed Conflict 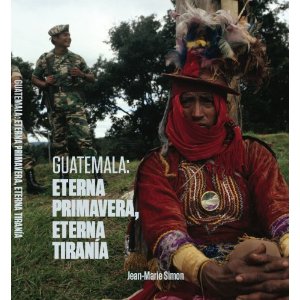 Over at SSRN, I have posted up a very old article by Jean-Marie Simon and me, Permanent Counterinsurgency in Guatemala.  It appeared in 1987 in the critical theory journal Telos (No. 73, Fall 1987, 9-46).  Here is the abstract, which includes a bit of information on why I have posted it up now:

This 1987 article in the critical theory journal Telos examined the counterinsurgency carried out in Guatemala during the late 1970s and 1980s by the Guatemalan army and security forces, and the country’s transition to civilian democracy in 1986 under the presidency of Vinicio Cerezo. The article, as an exercise in radical sociology of the Left, argues sharply that the transition is little more than the appearance of democracy, while beneath lies a “permanent counterinsurgency” and authoritarian control by the army. Based on extensive interviews by the authors with many actors in Guatemala, including leading military officers, it offers an inside look at how the Guatemalan military leadership conceived its extensive and brutal counterinsurgency campaign, particularly by comparison to other conflicts in Central America at the time – El Salvador and Nicaragua in particular.

Although parts of the account are of course dated twenty years later (it suffers particularly from the authors’ youthful radical social theory, in which seemingly nothing, not even in principle, could show “actual” democracy as opposed to mere false consciousness) it is noteworthy for two features today. First, it offers an uncompromising account of what counterinsurgency requires, in the view of the Guatemalan army, including its view of the US-advised strategy of “hearts and minds” in neighboring El Salvador. That account remains relevant today by comparison to US counterinsurgency strategy in Iraq and Afghanistan. Second, it observes that the success of the Guatemalan army’s countersinsurgency depended crucially upon its internal nationalist coherence against corruption, whether by the private interests of the oligarchy which, strikingly, is clearly distinguished as often working against the interests of the “nation” by army officers – or the then-emerging drug trade.

Twenty years later, Guatemala, including its military, oligarchs, and others, are all deeply enmeshed in the drug trade and the effect is tearing apart society in ways often more extreme than, but overshadowed by, neighboring Mexico. 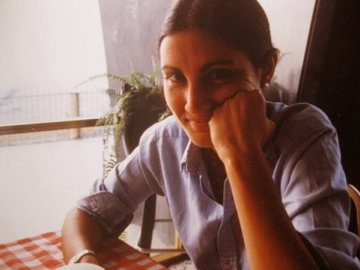 Nearly all of the interviews were carried out by my then-very good friend and, since 1991, Beloved Wife, the journalist and photographer Jean-Marie Simon.  Jean-Marie is author of the 1988 book, Guatemala: Eternal Spring, Eternal Tyranny (WW Norton 1988), which is a combination of extensive photography of the civil war and life in Guatemala over almost a decade, and a lengthy text.  She was one of a generation of young women war photographers – Susan Meiselas, for example, among others – who covered the Central American wars in the late 1970s and 80s.  The book and its photographs are striking partly because of the documentation of a very brutal war and counterinsurgency campaign – Jean-Marie spent a lot of time in the field with both the army and the guerrillas – but also the extensive death squad campaign carried out by the Guatemalan security forces as well.  But twenty or thirty years later, quite to her surprise, the book and the photographs have emerged as a set of historical documents that don’t exist anywhere else – there is no other photo archive of that period in which Guatemalan journalists and photographers could not have undertaken this work.

Finally, particularly for Guatemalans of the period, their children and grandchildren often living in the US diaspora, the photographs are a repository of social history quite apart from the civil war.  Jean-Marie’s photographs almost inadvertently document the urban and rural landscape of Guatemala during a period that is now gone, but barely photographed, because the local journalists would have found it very difficult to do so, even in apparently apolitical settings: much of the highlands were simply not accessible on account of the war.

But in addition to the photography, Jean-Marie was a journalist there, and although the army knew she was basically an American leftie, she always had good relations with many of its officers in the field and spent a lot of time with them out in the countryside.  Likewise with the civilian politicians who came to office in 1986 – Vinicio Cerezo and others.  The Guatemalan officer corps was proud of its counterinsurgency doctrine – they thought it vastly superior both intellectually and practically to the American advice to the Salvadorans or Cuban advice to the Nicaraguans.  They were profoundly anti-American; they believed the United States had betrayed them by cutting off military aid and contacts, and many of them frankly preferred Castro – a communist, sure, but in their view of the world, a nationalist, anti-American, anti-imperialist, and only after all that a commie.  This officer corps exhibited a somewhat peculiar ideology – right wing, reactionary, anti-communist … and anti-imperialist and anti-American.

The book has just been re-published, for the first time in Spanish and in Guatemala, which in itself is a remarkable event, in an expensive and full-length edition and a shorter, cheaper edition for wider distribution.

The article has a big problem, I see more easily a couple of decades later, viz., that it argues a false consciousness account of Guatemalan political changes that is practically non-falsifiable; anythng that went on could be explained as, if you truly looked under the surface, just more domination by the security forces.  That’s a serious analytic problem.  On the other hand, the analysis recognized something that at the time was not well understood – that the Guatemalan military had broken with the traditional oligarchy and was tired of getting killed defending its interests and wanted a victory in the civil war that would simultaneously end its subordination to the oligarchy and focus instead on building a strong state.  The traditional oligarchy wanted its interests defended but not a strong state: the signal for the change was the backing of the military for serious taxation of the oligarchy.  The article also points out that the profound coherence of the officer class that enabled it both the win against the guerrillas, without US assistance, and redefine its relationship with the oligarchy was at risk of being lost to the private interests of the military in the drug trade.  As has happened, with the military and other leading sectors of Guatemalan society.

What I find most interesting today in this old article – apart from seeing my younger, Leftwing, and much more radical self – is its account of how the Guatemalan military understood counterinsurgency.  It was profoundly different from that of the Americans; the problem of counterinsurgency, said one officer, is to convince the population among which the guerrillas hide that the guerrillas cannot protect them, and that to offer the insurgents succor is death and the burning of one’s village.  Which the army did, some 600 or so.  They had studied the American doctrines in El Salvador very closely, and concluded that hearts and minds was a great idea – but, unlike American doctrine in Salvador, only once one had won the war.  It was a doctrine for the post-war, not for carrying out the war.

Of course I am not endorsing their program of slaughter and destruction.  The question is whether, and under what circumstances, they might be factually right about what it takes to win or not win.  The current COIN strategy runs in a much closer line of descent from Salvador than one might otherwise think; it did not spring full-blown from Petraeus’ brain and the new-wave of military anthropologists.  The Guatemalan military of the 1980s would suggest that COIN cannot work and that what happened in Iraq was a combination of the imposition of much more intense force along with mistakes by the foreign fighter groups and a constellation of fortuities within the Iraqi political scene, and much less any American hearts and minds strategy.

On the other hand, for many reasons, the Guatemalan strategy, even if one were to contemplate genocidal scorched earth, cannot work in Afghanistan.  The Guatemalan military thought it had discovered the immutable laws of counterinsurgency – a universal rational choice theory of counterinsurgency – but in fact, their victory rested in large part on the geography of the country, its small (though mountainous) size, the fact that the guerrillas lacked cross-border safe havens most of the time, and the fact that despite the post-war constructionism of “mayanism” in large part by intellectuals in the universities (many of them in the US), it was still Guatemalan society in civil war.  The guerrillas were lead by urban revolutionary intellectuals, but they were recognizably “Guatemalan” in all their social formations even after they had spent decades in the mountains.

All this is utterly unlike Afghanistan, of course; it is not a civil war in that way.  So it is unlikely to impossible that the Guatemalan methods – which, after all, the Soviets in large measure tried – could work in Afghanistan, even were one willing to countenance them.  But that does not lessen the possible strength of the Guatemalan military’s implied critique of American counterinsurgency techniques, either.  They might still be right that hearts and minds only really works as a tool of a plainly winning side in the post-war.  The implication being that there is no path to counterinsurgency victory, even on an exceedingly loose view of that, in Afghanistan.

I don’t propose to answer that question; only to note that this ancient article poses the problem in a particularly stark way.  The question is, I suppose, how to characterize what we are doing today in Afghanistan – is it a genuine attempt at counterinsurgency to achieve some stable outcome, or are we in the unadmitted process of that most difficult of military maneuvers, strategic withdrawal under fire?