Space law scholar Glenn Reynolds (AKA Instapundit) has an interesting USA Today column on the potential development of property rights on the Moon:

On Saturday, a Chinese lunar probe made the first soft landing anyone’s made on the moon since 1976….

Though the landing was a big deal in China, most of the rest of the world responded with a yawn. Moon landing? Been there, done that.

But October Sky author Homer Hickam was more excited. He wondered on Twitter if China might want to make a territorial claim on the moon, noting that the area the lander is exploring may contain an abundance of Helium-3, a potentially valuable fusion energy fuel that is found only on the moon. According to former astronaut/geologist Harrison Schmitt, China “has made no secret” of its interest in Helium-3. Schmitt observes, “I would assume that this mission is both a geopolitical statement and a test of some hardware and software related to mining and processing of the lunar regolith….”

The 1967 Outer Space Treaty provides that “outer space, including the moon and other celestial bodies, is not subject to national appropriation by claim of sovereignty, by means of use or occupation, or by any other means.” But that’s not much of a barrier.

First, the treaty only prohibits “national appropriation.” If a Chinese company, instead of the Chinese government, were to stake a claim, it wouldn’t apply. And, at any rate, China — which didn’t even join the treaty until 1983 — can, like any other nation, withdraw at any time. All that’s required under the treaty is to give a year’s notice.

So if the the Yutu rover finds something valuable, Chinese mining efforts, and possibly even territorial claims, might very well follow. And that would be a good thing.

The Obama White House knew, of course, that creating a web-based system for ordinary citizens to call on the government to do something, and promising a response if 25,000 people or more sign an online petition within 30 days, would inevitably produce some silliness. There’s a reason we’re not a direct democracy, no matter how dysfunctional Congress has become.  There have been some serious matters raised, such as MPAA Chris Dodd’s (shocking, shocking) insinuations that the Obama campaign owed taxpayer goodies to Hollywood.  And anything genuinely offensive can simply be ignored.  We live in a knowing and ironic age, and what might once have seemed beneath the dignity of the White House can be an opportunity for some light-hearted national and, dare one say it, decently unpartisan fun.

Hence the official White House reaction to the petition calling upon the Obama administration to “secure resources and funding, and begin construction of a Death Star by 2016,” which garnered some 35,000 signatures.  As reported by Entertainment Weekly  (the only truly canonical outlets for this kind of news would have to be EW or Wired, Hollywood or Silicon Valley), here is the official administration response, from Paul Shawcross, Chief of the Science and Space Branch of OMB (we must assume this went through the interagency clearance process and perhaps even constitutes the opinio juris of the United States for purposes of international, nay interstellar, law):

“The Administration shares your desire for job creation and a strong national defense,” begins Shawcross, “but a Death Star isn’t on the horizon.” He cites a Lehigh University study that calculated that a Death Star would cost a deficit-exploding $852,000,000,000,000,000 (that’s $852 quadrillion), notes that ”the Administration does not support blowing up planets,” and rightly points out that it would be foolhardy to build a

It appears that earlier reports that Neil Armstrong opposes private manned spaceflight are incorrect. The first man to walk on the Moon actually welcomes private “newcomers” in the field. It’s worth mentioning that Buzz Aldrin, the second man to walk on the moon, is a longtime advocate of private spaceflight and private property rights in space, and has written extensively on the subject. [...]

Over at Opinio Juris, a scholarly exchange on the question of space tourism and the law that would underlie it.  Steven Freeland, commenting on his own article in the Melbourne Journal of International Law, Frans G. von der Dunk responding, and Freeland’s final comments.  Meanwhile, I hope everyone had a lovely Thanksgiving; we had family over, but posting has been light for me on account of computer problems, I hope soon resolved.

Update:  My own view of the space tourism and law question is … it is one of those speculative, somewhat sci-fi, debates that is more an indication of where one stands on the virtues, or not, of public international law than anything else.  The tenor of the treaties to which the articles refer about outer space is that of the outer space “commons”; the shared inheritance of human kind, etc., etc.  The problem with the commons, as we know, is that they are tragically exploited and that the solution is the assignment of private property rights to address the externalities.  I suppose that might be possible with respect to parts of space that are close by and crowded with satellites.

But I rather doubt that is the case with respect to the rest of it, which is far away and hard to get to.  Exploitation of those parts depends crucially on someone finding a way to make it pay, and if the assumption is the Little Red Hen one that she bakes and everyone else eats, then there will be no exploitation at all.  Which is to say, the tragedy of the un-commons. [...]

Inception is a great movie. Perhaps one of the greatest of all time. You should see it without reading reviews, or learning anything about the film beforehand. For those of you who have seen it, some thoughts about various meanings are below the fold. [...] 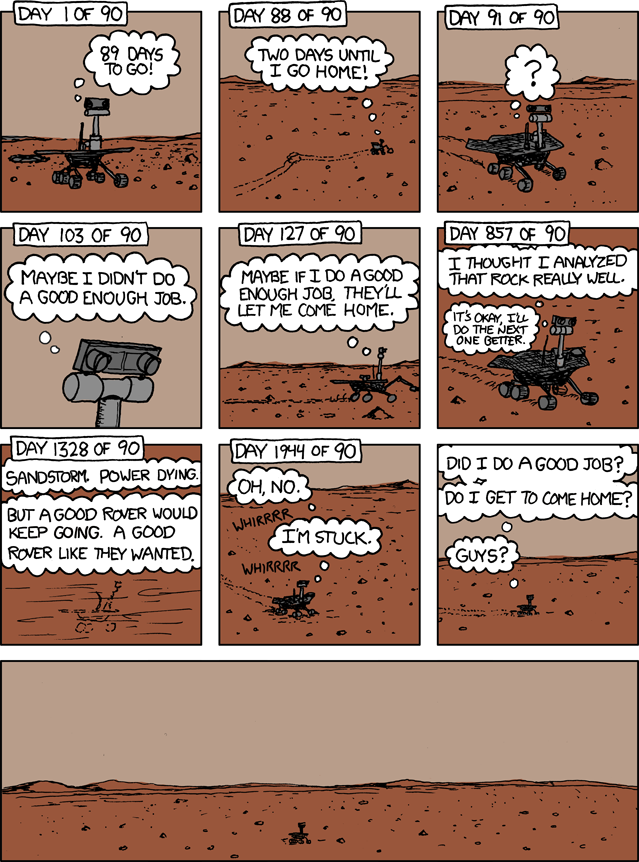 Continue Reading 52
By Kenneth Anderson on December 20, 2009 11:31 am in Science Fiction/Fantasy, Space Law

The UN Secretary General … circa 2050, Earth, talking with Kip who, along with Peewee, has just saved the Earth from invading aliens who were using the Moon as a forward base:

“Russell, I heard on your tape that you plan to study engineering – with a view to space.”

“Have you considered studying law?  Many young engineers to want to space – not many lawyers.  But the Law goes everywhere.  A man skilled in space law and meta-law would be in a strong position.”

“Why not both?”  suggested Peewee’s Daddy.  “I deplore this modern overspecialization.”

“That’s an idea,” agreed Mr. van Duivendijk.  “He could then write his own terms.”

A couple of notes on this classic juvenile sci-fi book by Robert Heinlein from the 1950s, Have Spacesuit Will Travel.  Already proposing joint degrees!  What’s “meta-law” supposed to be, anyway?  Do we like “to space” as a verb?  Does “the Law go everywhere”? [...]

My Opinio Juris colleague Chris Borgen has a post up commenting on a new paper by Richard Bilder on SSRN on legal issues involved in mining for Helium 3 on the Moon. The paper, which I’ve just read while on a plane, is fascinating, and Chris provides an excellent introduction to it (go there if you’d like to comment):

In addition to the idea of using helium-3  for [nuclear fusion] power on earth, it is also one of the most commonly posited potential fuel sources for crewed spacecraft to the asteroid belt and outer planets. This would open the belt up to the possibility of asteroid mining (if that turns out to be economically feasible) as well as crewed scientific exploration of the outer solar system. Bilder sets out various options including ratifying the present Moon Agreement, establishing an international lunar resource regime outside of the framework of the Moon Agreement, and setting up either an international organization or some other enterprise for mining lunar helium-3.

Underlying this is his argument that significant public or private investment in helium-3 mining would be predicated on a stable legal regime concerning the property and ownership issues of mined lunar resources. Thus, he argues, it is in the U.S.’s interest to take part in the construction of a lunar resource regime (be it treaty, international organization, or other policy option) sooner, rather than later.